An evil new magic threatens to undo all the progress women have made in the third and final book in Jenna Glass’s riveting feminist fantasy, following The Women’s War and Queen of the Unwanted.

In the once male-dominated world of Seven Wells, women now control their own reproduction, but the battle for equality is far from over. Even with two thrones held by women, there are still those who cling to the old ways and are determined to return the world to the way it was.

Now into this struggle comes a darker power. Delnamal, the former King of Aalwell, may have lost his battle to undo the spell that gave women reproductive control, but he has gained a terrible and deadly magic, and he uses these new abilities to raise an army the likes of which the world has never seen. Delnamal and his allies seem like an unstoppable force, destined to crush the fragile new balance between men and women.

Yet sometimes it is possible for determined individuals to stem the tide, and it comes down to a unique triad of women–maiden, mother, and crone–to risk everything…not only to preserve the advances they have won but to change the world one final time.

Visit the JennaBlackZen Spoonflower shop for unique fabric and wallpaper designs representing the magical elements of The Women's War as well as fluid-art style patterns based on each book's cover. Designed by the author, a Certified Zentangle Teacher. 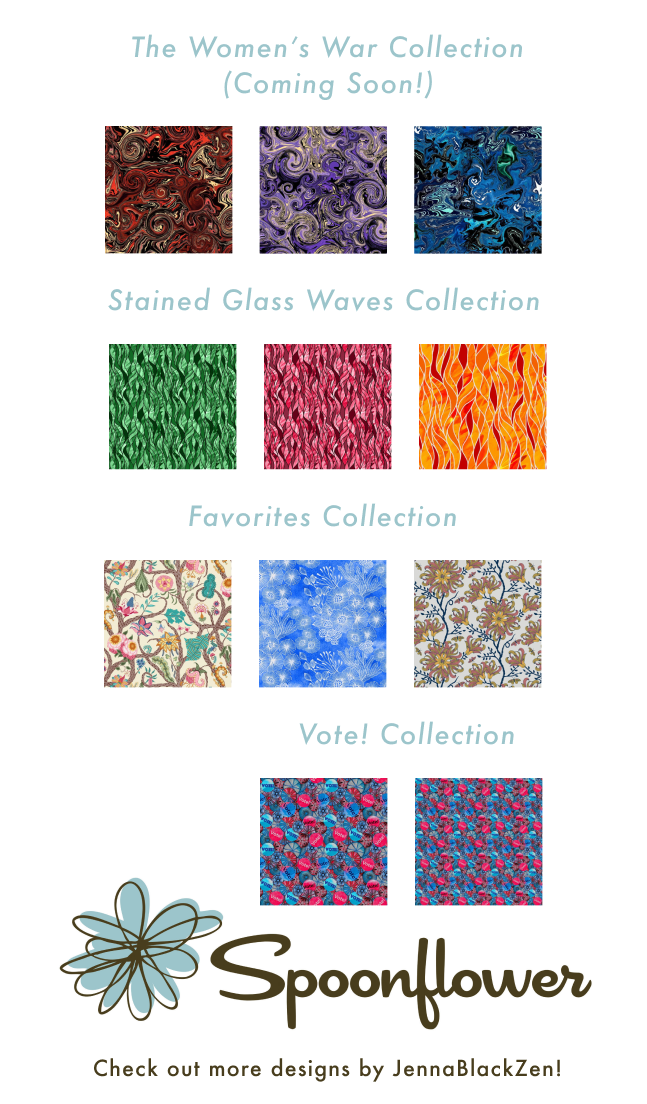 You will receive a periodic email newsletter with the latest news, release dates, members-only contests, and more. Your information will never be shared, and you can unsubscribe at any time.